You are here: Home / Closed 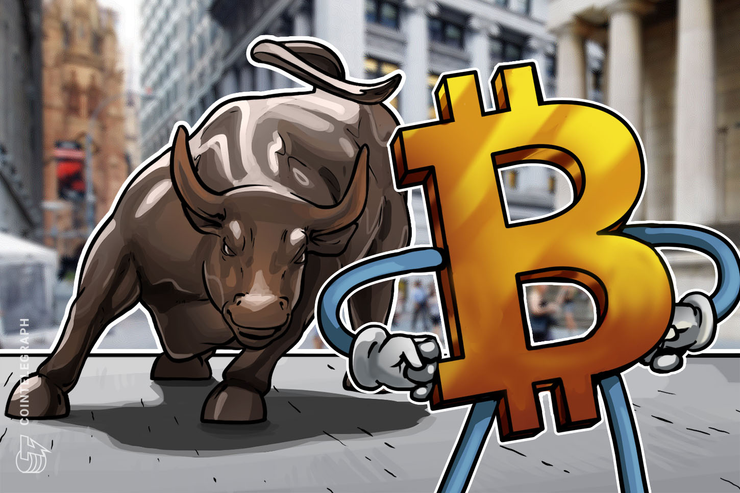 Bitcoin has continued to outperform the other cryptocurrencies, demonstrated by the 7-day performance for Bitcoin recording a 9.19% increase, whereas Ethereum’s Ether token (ETH) has barely moved, while XRP has lost around 5% of its value.

As such, there appears to be a disconnect developing between Bitcoin and the rest of the market.

Bitcoin dominance is closing in on 70% without showing any sign of weakness. The vast majority of the gain in market share has come at the expense of Ethereum and XRP, which lost half their market share to Bitcoin. Put differently, BTC is up 104% for the year compared to Ether’s 2% and XRP, which is down 46%. 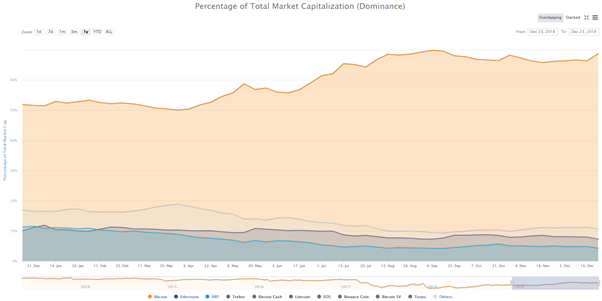 The 1-week Bitcoin chart shows Bitcoin trading within the full range between the mid-6 and 7,000s last week before finally closing hard up against resistance with a hammer candlestick, a bullish indicator.

The key weekly moving averages of the 50 and 100 remain crossed bullish, with the bulls now trying to reclaim the 50-week moving average (MA). Previous support at $7,600 will be a critical level to be reclaimed before BTC can be considered a bullish trade.

The Weekly On-Balance Volume, or OBV, indicator combined with the basic volume chart demonstrates that there has been a decline in the continued selling seen in the second half of the year, with the last two stand out volume candles pushing the price up rather than down.

The moving average convergence divergence indicator, or MACD, is also continuing to build on its bullish divergence but is likely to need another few weeks to achieve a bullish cross, which would be confirmed.

A brief visit to the monthly chart as we roll into the final week of 2019 shows that Bitcoin is in the process of forming a bullish pin bar candle, which would be an interesting way to end the year should it be maintained, highlighting buying interest in the $6,000s.

The monthly chart again highlights the importance of the $7,600 level, which is also the monthly open for December.

The daily Bitcoin chart shows the strong 5% move into Sunday’s close, which finally broke the diagonal resistance that has held Bitcoin’s price down for all of December.

Bitcoin is now trading within a well-established volume node at $7,150 and $7,500, where profit taking and short interest appears to have been found as would be expected.

The key moving averages are also trending towards prices representing high levels of trading interest. A bullish breakout would likely be met by resistance at these levels, which are currently $8,200 for the 100 MA and $9,250 for the 200 MA.

The MACD indicator clearly shows a confirmed bullish divergence with the given indicator making higher lows after price found lower lows. The histogram continues to print higher highs recognizing the rate at which the MACD is reaching out towards its zero line, which would be a good indicator for a continuation of the market.

The RSI has also begun trending up over 50, which is also a confirmation of the bullish divergence that was also seen in this indicator.

Price on Monday appears to be stalling around the $7,550 level, which is to be somewhat expected given the known long-term resistance at this price point and will most likely define the final week in December.

The 4-hour CME chart shows that Bitcoin’s buying volume has been notably higher at the CME when compared to that of the spot market. The CME closed the week at $7,235 and now has a gap to the downside as a result of the 5% move on Sunday.

The recent CME gaps have been resolved within a week in recent times suggesting that a retest of the breakout from the middle of December’s trading range is likely.

The 4-hour chart clearly reveals that Bitcoin is showing rejection of price below $7,000 with v-shaped reversals and long wicks into the $6,000 price range.

This goes some way to imply that the bulls are absorbing any supply in this price range and is similar to the Wyckoff double bottom schematic requirements.

A breakout of $8,200 would be a sign of strength printing a higher high, which is what is really required to declare that Bitcoin is bullish again 5 months before the halving event.

Still in a downtrend

Despite a promising outlook for Bitcoin, the overwhelming trend is still to the downside following weeks of lower lows and lower highs. While the double-bottom and weekly candles are positive, double-bottoms are there to be broken and in a downtrend, the expectation would be that will be the case sooner or later.

There is also a question over how much absorption there will be by the bulls in the $6,000s and whether a deeper test of liquidity will occur — as well as for the bulls to demonstrate they are able to print higher highs.

Clearly, the final week of December is an important one. If the bulls maintain pressure on resistance, Bitcoin will finish the year up over 100%, clearly outperforming all other major cryptocurrencies and demonstrating another year of impressive gains.

A push by the bears to close a bearish December candle in the $6,000s would dampen some of the positive price action in 2019 and may open the doors for more downside in January 2020.

The views and opinions expressed here are solely those of the author and do not necessarily reflect the views of Cointelegraph. Every investment and trading move involves risk. You should conduct your own research when making a decision. 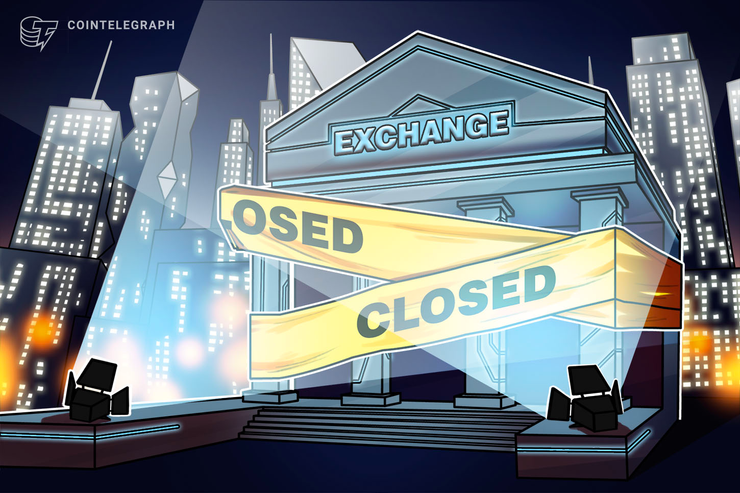 Chinese authorities shut down local cryptocurrency exchange BISS and arrested 10 people suspected of being involved in its operations.

Local media Sohu reported on the actions undertaken by Chinese authorities on Nov. 22. However, the date at which the event itself took place is unclear.

The same day, founding partner of blockchain-based investment company Primitive Ventures Dovey Wan said on Twitter that the local cryptocurrency community had known of the development for two weeks. However, the news was published much later. She also claimed that the Beijing-based exchange in question is noteworthy:

In a blog post published on Nov. 18, the exchange addressed user withdrawal issues. The firm also confirmed that Chinese authorities have halted operations:

“According to market sources, it is understood that BISS’ operations have been halted following an enquiry by China’s regulatory authorities around its services offered to users, which may not be aligned with capital controls regulations in China.”

The company claimed in the announcement that operations had halted while the authorities looked into the case to safeguard user interests. Lastly, the exchange also noted that it intends to cooperate fully with Chinese law enforcement. Chinese authorities have reportedly raided and shut down the Shanghai offices of leading cryptocurrency exchange Binance.

Citing unnamed local sources, The Block says that local police have shut down Binance’s offices after raiding the premises. Between 50–100 of the exchange’s employees reportedly worked out of the Shanghai location.

Binance has not responded to Cointelegraph’s requests for comment as of press time.

The purported raid follows a crackdown on cryptocurrency-related businesses and activities in the country.

Recently, financial authorities in China issued a notice to the public, directing individuals to report businesses engaged in virtual asset trading to the Shanghai headquarters of the People’s Bank of China — the country’s central bank. Activities that must be reported include: 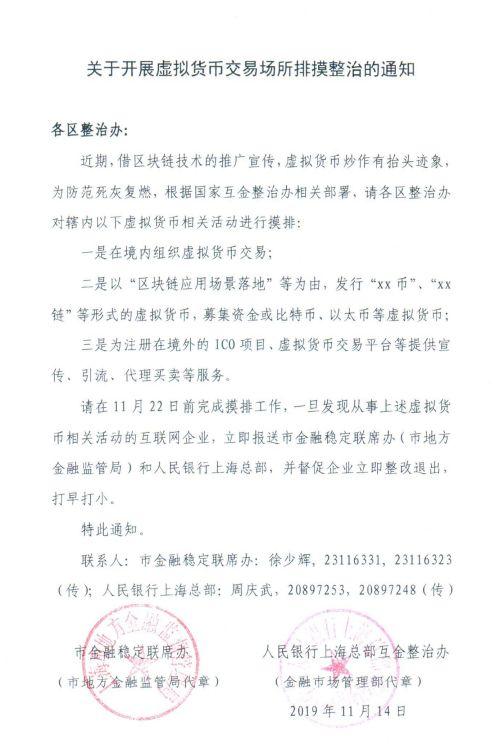 Offices are an outdated concept?

In a move of regulatory arbitrage, Binance opened offices in Malta in 2018 as the island nation ramped up its cryptocurrency-friendly regulatory projects.

Last month, rumors abounded that the exchange was opening offices in the Chinese capital of Beijing, despite the country’s decidedly anti-cryptocurrency stance.

However, according to the firm’s CEO Changpeng Zhao, offices themselves are an antiquated concept. In a tweet on Nov. 19, Zhao said, “Office and HQ are old concepts like SMS and MMS. Time is moving on…”

Cryptocurrency markets have reacted to the news, with most major coins seeing significant losses on the day.

Bitcoin (BTC) is seeing losses over 6% while leading altcoin Ether (ETH) has lost over 8% in the last 24 hours. Altcoins like Litecoin (LTC) and EOS are taking a beating with over 9% losses, while Binance’s own coin, Binance Coin (BNB), is down 10% at press time to trade at $16.58.

Ethereum-collateralized decentralized stablecoin DAI managed to maintain its peg to the United States dollar as Ether lost over 18% of its value in under two hours, falling from $190 to $155 yesterday. As of press time, Ethereum holds a price of about $171. 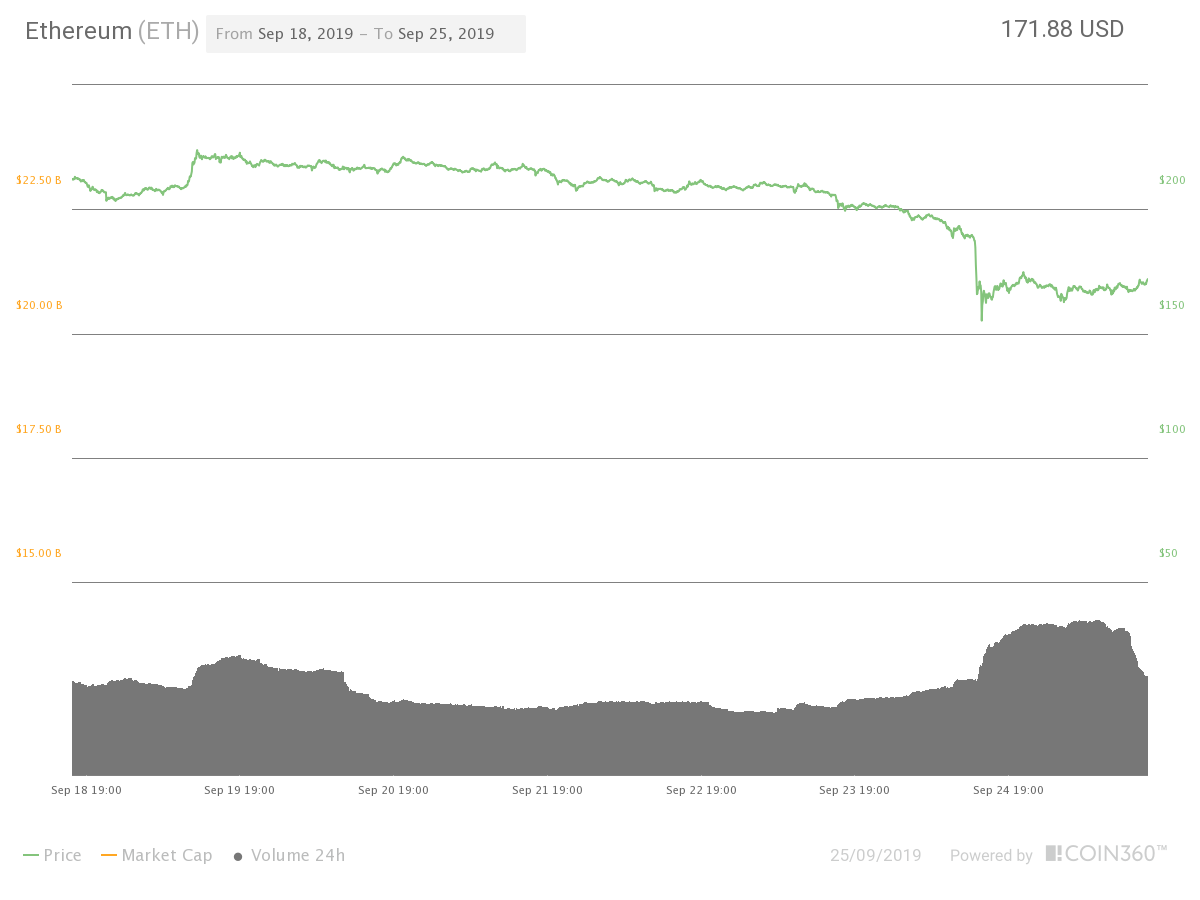 The impact of higher transaction fees

DeFi protocol management service DeFi Saver announced in a tweet on Sept. 24 that, because of heavy congestion on the Ethereum network, the system “struggled to execute all needed Collateralized Debt Position (CDP) ratio adjustments in time.” A CDP is a type of loan administered by a smart contract central to the functioning of the DAI stablecoin.

While MakerDAO plans to add support for other assets, so far only Ether is accepted as collateral for opening CDPs. CDPs facilitate the creation of Dai against collateral which is held until the DAI is returned. As DeFi Saver explained in a separate tweet, “MakerDAO has a mechanism in place that automatically liquidates CDPs once their collateralization ratio has dropped below 150%.”

The company offers an independent service preventing the automatic CDP liquidation built on top of MakerDAO’s ecosystem. However, the company admits that — because of network congestion and transaction fees — the system “failed to protect 2 monitored CDPs, which have been liquidated in the process.” Still, the firm announced that it intends to compensate the two users affected by the malfunction:

“Although our automated protection is still in beta, our team is disappointed to have let some of our users down and we are willing to recuperate the losses suffered. […] We ask the owners of these two CDPs to please reach out.”

On the other hand, the company also noted that “20 unique CDPs have been automatically protected by the system during this recent crash.” DeFi Saver also notes that it adjusted the system to the current transaction fees and that automation is working properly.

The author of “Mastering Bitcoin,” Andreas Antonopoulos, pointed out the development on Twitter. When another user suggested that the situation is a demonstration that the DeFi ecosystem does not work properly, Antonopoulos responded:

“Not really. It seems like DAI maintained the price parity, the CDP protection contracts worked in all but two cases. This was a good test and things worked pretty well”

As Cointelegraph reported in June, throughout May 2019, United Kingdom-based nonprofit organization Oxfam International executed a month-long trial that saw MakerDAO’s DAI stablecoin distributed as a means of exchange among citizens of Vanuatu.